Suppliers Compete. You Save!

Instead of spending hours searching, just complete this easy form and we’ll connect you with a few quality Quonset Hut suppliers who’ll provide competing price quotes for you to compare.

With suppliers competing to win your business, you’ll know you’ve made a smart buying decision.

Get Quotes. Find The Best Prices. No Obligation. 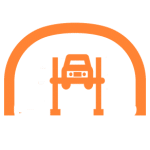 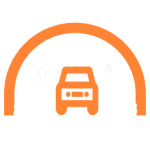 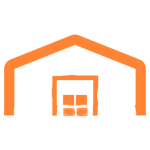 Get FREE  metal Quonset Hut quotes from several suppliers and compare them! No obligation.
Then you decide.

I purchased a steel building for the price of $26,500. This building measures 50 by 100 feet and includes 14 feet of height. There are a dozen windows, half a dozen skylights, and three doors. The structure also includes roof vents, rain gutters and wainscoting.
Power company, Montana
I purchased a Quonset structure for a total price of $38,452. This included 60 x 80 feet of space, two door kits, and three window kits. Three openings are available overhead for doors, and the roof and side walls are both already insulated.
Agricultural business, Craig, CO
What was stated on this site was what happened. I was contacted by legit suppliers and then received several detailed estimates. One was actually local to me and we went with him.
Jose F. in Macon, GA

A Quonset hut is a prefabricated structure of corrugated steel in the shape of half cylinder. For generations, this building has been meeting the requirements of the backyard hobbyists, industrial giants and military who need safe, economical and dependable storage space. The design of the Quonset hut was based on the Nissen hut which is founded by the British during the First World War.

Quonset hut is also known as Arch Buildings due to its shape. The prefabricated building provides benefits that no other pre-engineered building provides, from high security and cheapest cost for the ability to withstand hurricanes, blizzards – whatever Mother Nature sends their way.

During the World War II, it is considered that many Quonset huts were built and utilized in the combat field by the US military. The George A. Fuller construction company was chosen to construct these huts. The first was developed within sixty days. The design was a 5 m × 11 m (16 ft. × 36 ft.) structure made by steel members with a 2.4 m (8 ft.) radius. The two ends of these huts were covered by plywood, which had doors as well as windows. The sides of the huts were corrugated steel sheets and the interior had pressed a wood floor and wood lining. The building could be placed on pilings, on concrete, or on the ground with a wood floor.

While most buildings were built from the metal, the United States military also had a wooden that was rarely utilized. The huts were very popular because they could be sent anywhere and then set up in only a few hours with the help of enough people.

The great thing about the Quonset huts is that they could be utilized for anything like storage bays, medical areas, living quarters, workshops, etc. Before these huts came along you had the alternatives of using civilian buildings, and canvas tent.

Quonset huts get their name (‘Quonset’) because they were first made at a place which is known as Quonset Point, which is situated on the Rhode Island, USA. During the Second World War, Between 150,000 and 170,000 Quonset huts were constructed. When the World War II ended the US Army required a way to aside the massive surplus of huts that they had, hence they made a decision to sell them to people.

Many buildings still stand throughout the United State and also they are seen in museums of military and other areas featuring Second World War memorabilia. Some huts are used at Unites State military bases.

For years prefabricated structures of corrugated metals, half-cylindrical shapes have been used to serve as shelter for military personnel, backyard hobbyists and majority of industrial giants.

At Quonset Hut, this is exactly what we offer. From prefab metal shop buildings, to steel garage buildings and backyard buildings, we offer it all! We have years of experience in offering clients metal home kits, barn kits and garage building kits that are easy to assemble and last for decades with the right maintenance. Get in touch with us to find out the best metal garage building prices right away.

Need to set up an RV garage but are short on space? Not a problem. We offer garage building kits as well as plenty of other metal storage buildings for sale, at the most competitive prices. Give us a call today to learn more about our products and to find out how we exceed expectations, every time!

What To Consider When Buying the Quonset Hut?

Quonset Huts were primarily made as all-purpose, which can be easily assembled without the help of so many skilled labors. Now a day, an arched metal Quonset hut is considered as a stylish and modular structure which may provide various purposes while providing durability. The hut is ease of construction as compared to making similarly-structured cement or wood buildings. However, you should consider the following things when buying a metal Quonset Hut.

The Shape of a Quonset Hut

During the World War II, the Quonset huts were widely used as storage buildings which provided various advantages for the US military. The main three benefits are given below:

Metal Quonset huts are still popularly used because of its simple structure. Generally, the huts are semi-cylinder in the form and have vertical walls. You can consider a metal Quonset hut to check its semi-circular appearance and physical feature that is has become a truly advantageous building.

During the early years of production of the Quonset huts, they were primarily made from galvanized steel. Now, they are available in other materials like steel sheets or standard steel which are of high grade. Huts are also available in different kinds of metal sheets which are treated or coated to guarantee that they may withstand years of exposure to the materials. Because of the arched shaped of a metal Quonset hut, the roof is less resistant to gravity and the total weight of the roof is more spread out; so there is no risks of collapsing.

Hence, a metal Quonset hut promotes better aerodynamics that make it a perfect choice for windy places like rolling hills as well as plains hills.

The hut also has many other advantages that make it a perfect choice for the modern building.

During the World War I, the T-Ribx was modeled nearly on the Nissen Quonset hut. The wall system was different between the T-Rib and Nissen hut.

The hut arrived with a modified arch with 4-foot vertical sidewalls. George A. Fuller Company at West Davisville produced around 25,000 Quonset Redesign huts.

In 1943, the Stran-Steel Quonset Hut redesign of the metal Quonset hut arrived.

The James Manufacturing Company of Fort Atkinson developed a version with wooden ribs, which is designed for arctic weather.

This hut is easily recognizable by the triangular Ridgeline vent cover and its exterior of Celotex, a waterproof form of Masonite.

The Butler Manufacturing Company of Kansas City, Missouri, produced which is an all-steel arched hut.

Utility Building is one of the largest versions of the Quonset hut. At the end of World War II, approximately 11,800 Utility Buildings were produced.

This building could expand in both directions. In accordance with the Multiple Building manual, it could be extendable in 61′-6″ wide increments in one direction and 100′ length in the other direction.

Qualities to Look for when Buying a Quonset hut

If you want to purchase a metal Quonset hut, you should buy it from a reliable manufacturer. You should ask them about the quality of the sheet metals they use in the hut. Moreover, you need to check the fitting of all bolts and purlins. It should have all the necessary parts. Before buying the hut kit, you need to figure out the warranties or guarantees feature.

Choices with a Metal Quonset Hut

Because a metal Quonset hut is manufactured in sections (2 feet wide), there’s no limit to shape, color or size. If you want a straight-walled steel warehouse that looks perfect on your corporate campus, you should choose the metal Quonset hut. You can design the good space to meet your requirements.

Buildings that use steel materials such as columns, beams, and steel sheets to construct structures instead of utilizing traditional building components such as bricks, concrete, wood are known as steel buildings. These buildings are economical, resilient, and tough. Generally, they are utilized to build storage sheds, workshops, offices, warehouses, garages, modern houses, etc. Perforated sheets are commonly used in steel buildings because it decreases the weight and cost of the structure.

The ancestor of the modern metal building was a Quonset hut. This metal hut was construed during the Second World War to get rid of the housing disaster for USA soldiers. It made from a foldable metal kit which can be easily accumulated and set up with the help of just few soldiers. It offered protection against sunlight, rain, and snow. It was easy for carry and can solved various logistic issues for the allies. These huts caught the fancy imagination of US civilians and they are still utilized now a day to home vehicles storage, animals, as a workshop, restaurant or storage shed, home businesses and many more.

During the World War II, the Quonset huts in USA were popular and widely utilized for storage buildings. These huts could be used for almost anything like storage bays, living quarters, medical areas, workshops, and many more. There are various types of these huts such as Emkay Hut, Pacific Hut, Modern Day Metal Quonset Building , Butler Hut, Utility Building and many more. A metal Quonset hut provided various advantages such as Iron-clad security, great durability, etc. Quonset huts are so popular now and can be used in many Restaurants, Shops, Barns, offices etc in USA.